Professor Kelvin Chan and Dr Valentina Naumovski from the National Institute of Complementary Medicine along with Dr Srinivas Nammi from the School of Science and Health are investigating how a traditional Chinese medicine, extracted from a mushroom, interacts with two common cancer drugs. The project, which is supported by UWS and PuraPharm Pty., Ltd., Australia, is part of a wider study to determine if the mushroom extract could be used as an adjunct therapy for cancer. 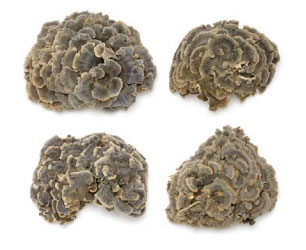 "There is an urgent need for adjunct treatments that will improve a patient's quality of life during chemotherapy, Chemotherapy strives to maximise the elimination of cancer cells".

'Chemotherapy strives to maximise the elimination of cancer cells. In general, it damages healthy dividing cells as well, compromising the immune system. An adjunct therapy which helps to boost the immune system while maintaining the action of chemotherapy drugs may be an ideal strategy.'

Cancer is a leading cause of death of Australians, accounting for three in ten deaths in 2010. The five most commonly diagnosed cancers in 2012 were prostate, bowel, breast, melanoma of the skin and lung cancer. One in three men and one in four women will be diagnosed with cancer by the age of 75. Cancer patients are traditionally prescribed a long-term drugs treatment strategy, often with debilitating side effects. Drugs to treat the side effects may themselves cause further health issues.

Coriolus versicolor ("Yunzhi" in Chinese) is an edible mushroom prized for its energising and healing properties. It has been used as a folk medicine to treat conditions including herpes, chronic fatigue syndrome, urinary and digestive tract infections, and liver disorders. A study in Japan, where the extract is approved as an immunotherapeutic agent for cancer, found that of 185 people with lung cancer, those who took Yunzhi showed the best tumour shrinkage. However, a significant concern in using natural products is the risk of adverse interaction with prescribed conventional medicines. In Australia, there is no approval for the use of Yunzhi in mainstream medicine.

Professor Chan's project uses a rat model to evaluate whether an industry extract of the Coriolus versicolor mushroom interacts with chemotherapy drugs. His study focuses on the drugs tamoxifen and 5-fluorouracil. The outcome of the research will provide some evidence for Yunzhi's ability to support and improve treatment during chemotherapy. The data from this study will be used in the design of a local clinical trial of the extract as an adjunct therapy for cancer.